Below are just a few of Hartlepool SC swimmers who have had the honour of representing their country in Major Championships.

Won a bronze medal in the 200 m breaststroke at the 1970 European Aquatics Championships. 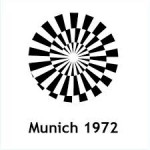 Christine was a finalist at the 1966 British Empire & Commonwealth Games in the 110 & 220 Yard Backstroke events.